Press release issued Saturday 23 May for immediate use

Citizens to Separate Church and State (CSCS) welcomes the No-vote in the presidential age referendum (‪#‎AgeRef‬).
We could not understand the government’s proceeding with this referendum (35th) without first fixing the religious discrimination in Constitution Article 12.8, with its requirement for the president-elect to swear a religious oath at installation.
Reform of Art. 12.8 by permitting the use of an ‘affirmation’ has to be put before the people first. It is an abnegation of human rights against non-believers, or those candidates who cannot swear an oath, to continue with this anachronism in our constitution. Unless of course that this State only want believers as its president.

CSCS wrote to every cabinet minister and member of the Oireachtas back in early February pleading with the government not to move the Bill for the 35th amendment in the Oireachtas but instead to act to fix Art. 12.8. Not one minister replied to us. No political party engaged with us either. The government’s response to our pleading was to move the Bill to enable the 35th amendment to be taken without modifying Art. 12.8. The opposition did not demur.

The discriminatory aspect of the ‘forgotten referendum’ has been characterised by omerta in our democracy and media. CSCS got virtually no coverage for its position on this referendum once the campaigning for the marriage referendum got going. We ask: What has happened in our democracy that our view was not given any platform?

The State has been under notice from the UN Human Rights Committee that maintaining the religious oath constitutes a human rights abnegation – as recently as last August in a UNHRC periodic report on Ireland.
Do human rights and ‘equality for all’ only apply in relation to the marriage referendum?

Monday, May 11, 2015
I concur with correspondent Dick Spicer, of Citizens to Separate Church and State, who asserts that the President’s religious oath is a violation of equal rights.

Spicer says that the Government is advocating ‘equal rights’ in the marriage referendum and, on the other hand, promoting religious discrimination in the Presidential-age referendum.

Its absurd that people are required to take an oath to an invisible God that no-one has ever proven exists. In Canada, last week, a secularist association won a high court action to prevent politicians saying prayers in parliament before sessions.

Chinese scientists have unearthed a fossil of an ancient ancestor of modern birds. It is the size of a pigeon, with bat-like wings, and lived approximately 160m years ago. In contrast, humans only came into existence half a million years ago. That is why the Chinese authorities encourage fossil seekers, as they believe the fossils prove the futility of all religions.

It’s now time that we had the separation of Church and State. The story of Adam and Eve is a fairytale that most clergy no longer believe.

To: Members of the Oireachtas

Citizens to Separate Church and State (CSCS) wrote to our government (cabinet) on 24 February pleading with it to drop the proposed 35th Amendment to our constitution until the religious oath required by Article 12.8 for installation of the President was amended or dropped.

At that stage the Bill to move the 35th Amendment (age for president) had not been introduced into the Oireachtas.

The government ignored our pleading and the Bill was subsequently moved and passed.

CSCS has issued a short (7 min) video documentary setting out why it is calling for a ‘No’ vote in the Presidential age referendum.

It is CSCS’s view that the government’s 35th amendment is ill-judged and ill–timed because it has failed to deal first with the issue regarding the religious oath that has to be sworn by the president-elect (Article 12.8).

We would ask you to watch it on:

CSCS is struck by the fact that posters produced by the proponents calling for a ‘Yes’ vote in the 34th Amendment (marriage equality) campaign emphasise the ‘Equality’ aspects of this worthy cause but there has been a marked ‘blindness to equality’ in relation to the import of Art. 12.8 in its connection to the 35th amendment proposal.

I find it incredible that out government is on the one hand advocating “equal rights” in the marriage referendum and on the other promoting an extension of religious discrimination in the presidential age referendum.
The religous oath required of presidents (and judges) is being extended to a new generation who might aspire to high office.
This is so clearly a violation of equal rights that it is hard to see how anyone could propose both at the same time.
Dick Spicer. Bray,Co Wicklow

Here is an explanation of the age referendum by Newstalk:

Marian Finucane programme this morning had a panel discussion dealing with the Age Referendum.

No mention of the human rights abnegation contained in the religious oath requirement (Article 12.8).

Is it just me, or do the rest of your readers also find it incredible that the Government is, on the one hand, advocating ‘equal rights’ in the marriage referendum, and on the other, promoting religious discrimination in the Presidential-age referendum? 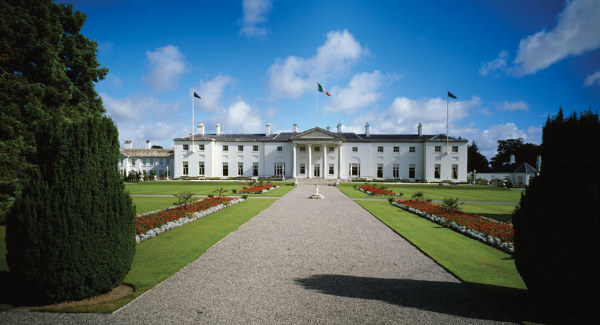 The religious oath required of Presidents (and judges) is being extended to a new generation who might aspire to high office.

This is so clearly a violation of ‘equal rights’ that it is hard to see how anyone could propose both at the same time, let alone vote for both.

Unless, maybe, the left hand won’t know what the right is doing?

CSCS has issued a short (7 min) video documentary setting out why it is calling for a ‘No’ vote in the Presidential age referendum (35th amendment).
The government’s 35th amendment is ill-judged and –timed because it has failed to deal with the issue regarding the religious oath that has to be sworn by the president-elect (Article 12.8).

We had this Letter to Editor published in Irish Times today.

Sir, – I find it disturbing that the Government is proceeding with the “forgotten referendum” in the full knowledge that the Constitution Review Group (Whitaker, 1995), the All-Party Oireachtas Committee on the Constitution (1998) and the UN Human Rights Committee (Report on Ireland, August 2014) have recommended strongly that the religious oath that is required of the president-elect at installation in St Patrick’s Hall in Dublin Castle be amended by the uttering of a parallel “affirmation” as the candidate may choose.

The precise wording of the oath is set down in Article 12.8 of the Constitution. The wording of this oath can only be varied by a referendum. There is no substitute at present.

A Yes vote in the 35th amendment referendum will extend the stated religious oath obligation to approximately an additional 100,000 citizens in the 21-35 age range.

We know from surveys that young people are less religious, for want of a better word, so why are we perpetuating the dissimulation and hypocrisy that goes with the uttering of this oath?

I am voting No in this referendum and I call on citizens to follow suit to show the Government that they are putting the wrong amendment to the people. Amend Article 12.8 first. – Yours, etc,

Here’s why we are calling for a ‘No’ vote in the 35th Amendment to the Constitution referendum – the ‘forgotten referendum’.

Please take 5 min to watch this documentary video setting out our concerns at the way the government has ignored the human rights ‘equality’ issue in advancing the 35th amendment without first dealing with the human rights abnegation in Article 12.8 with its requirement for a religious oath on becoming President of Ireland.

Where is its concern for equality for all citizens?